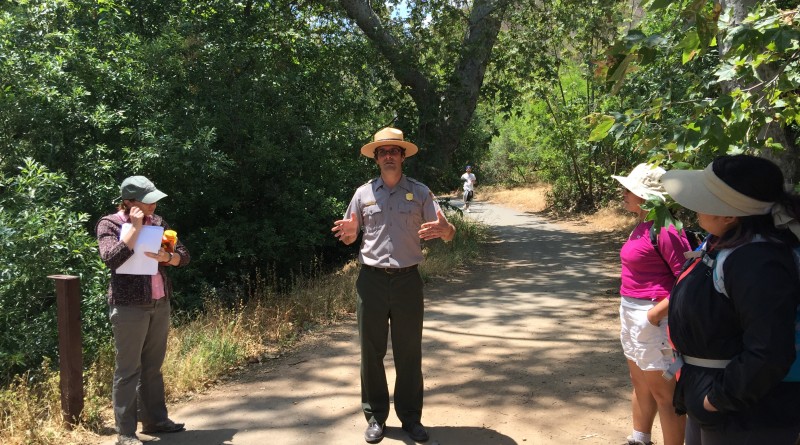 What is a Special Resource Study and why is NPS conducting one here?

Congress directed the NPS to conduct a special resource study of the area known as the Rim of the Valley Corridor, generally including the mountains encircling the San Fernando, La Crescenta, Santa Clarita, Simi and Conejo Valleys in California (P.L.110-229 – May 2008). The purpose of this special resource study was to determine whether any portion of the Rim of the Valley Corridor study area is eligible to be designated as a unit of the national park system or added to an existing national park unit.

How will the study recommendations be implemented?

If Congress expands Santa Monica Mountains National Recreation Area, the NPS would begin implementing the Congressional legislation. One of the first steps that the NPS would take would be to work with area partners on a management plan, including a broad vision for the park unit and more detailed guidance for implementation. This management plan would be completed with public involvement and appropriate environmental compliance.

How is the selected alternative different than the preferred alternative (Alternative C) presented in the draft special resource study and environmental assessment?

The special resource study process provides for the NPS to “identify what alternative or combination of alternatives would in the professional judgment of the Director of the NPS be most effective and efficient in protecting significant resources and providing for public enjoyment.”

Adds approximately 52,000 acres of land considered in Alternative D, including portions of the Conejo Mountain area, western Santa Monica Mountains, and western Simi Hills that contain important habitat connections to the Santa Monica Mountains.
Includes the cooperative conservation approach for areas beyond the proposed boundary addition as proposed in alternatives B and D in the draft study report.
Removes approximately 55,000 acres of land including: built-out, high density residential, commercial, and industrial areas on the periphery of the boundary adjustment; areas with landfills or other solid waste facilities; and areas with high concentrations of oil and gas production in the Santa Susana Mountains. These types of areas were removed to the degree possible, while retaining key resources and public enjoyment opportunities.
Within the Los Angeles and Arroyo Seco river corridors, areas included in the revised boundary adjustment are focused on public rights-of-way and adjacent public lands.
Was additional environmental review completed on the selected alternative?

How did public comments on the draft special resource study and environmental assessment factor in the NPS decision on the selected alternative?

The NPS received over 1,800 comments on the draft special resource study/ environmental assessment. Most of the comments came in the form of organized campaigns in support of Alternative D: Regional Rim of the Valley Boundary Adjustment and Cooperative Conservation Areas (~313,000 acre addition to SMMNRA). The primary reasons cited for support of Alternative D included belief that the broadest possible addition to the national recreation area would provide the greatest protection of regional wildlife corridors and other important resources and provide additional recreational opportunities for the broader metropolitan area. The selected alternative includes recommendations for each of these desired elements.

Public comments also indicated concerns regarding the potential for regulatory and/or socioeconomic impacts on oil and gas operations and other public infrastructure such as landfills. Areas with landfills or other solid waste facilities and high concentrations of oil wells in the Santa Susana Mountains that were considered as part of a boundary adjustment in the draft study report, are not included in the selected alternative. If at some point in the future, such areas are no longer used for these purposes, they could be considered for inclusion in an expanded national recreation area.

The NPS will soon make available a large format map of the proposed boundary adjustment on the study website. Please visit: Coming Soon!

Will the NPS make copies of the full final study report available?

How would the selected alternative affect management by local communities and existing agencies such as the U.S. Forest Service?

A special resource study serves as one of many reference sources for members of Congress, and would not change current management without further action from Congress. The selected alternative respects and retains the authorities of existing local, state and federal agencies, including USFS management of the Angeles National Forest and San Gabriel Mountains National Monument. U.S. Forest Service management would continue. If Congress were to take subsequent actions related to the final study report, the NPS would seek to work collaboratively with local communities and existing agencies on common goals such as improving resource protection and increasing recreational opportunities.

How would the selected alternative affect property and other existing rights?

The selected alternative respects private property rights and other valid existing rights such as oil, gas, and mineral rights. NPS policy is to acquire lands and interests in lands only from willing sellers. Lands included in the proposed boundary addition would continue to be managed through a variety of public and private mechanisms by private landowners, federal, state and local agencies, universities, and organizations. With a few exceptions, NPS regulations apply only to NPS-managed lands. NPS regulations that could pertain to activities on lands considered for addition to SMMNRA include regulation of specific activities such as mineral extraction and the exercise of nonfederal oil and gas rights.

How would the selected alternative affect oil and gas operations?

The selected alternative excludes areas with the highest concentrations of existing oil and gas operations. Only those areas with the most significant natural and cultural resource values have been retained. There are NPS regulations that pertain to oil and gas operations within a national park unit (36 CFR Part 9, Subpart B – Non-Federal Oil and Gas Rights) and such operations are not necessarily incompatible with park purposes. Within the national park system there are over 500 active oil and gas wells in 12 national park units. As stated in 36 CFR, Section 9.30, Purpose and Scope, “These regulations are not intended to result in the taking of a property interest, but rather to impose reasonable regulations on activities which involve and affect federally owned lands.”

Nonfederal oil and gas leasing is typically subject to state and local laws, ordinances, and rules. The NPS would continue its longstanding practice of working with all other permitting entities to reduce duplication and maximize efficiencies. Operators with existing state or local permits would continue to be able to access and operate their facilities.

This study area overlaps with the study area for the San Gabriel Watershed and Mountains Special Resource Study. How does that effort relate to this study?

The San Gabriel and the Rim of the Valley Corridor studies were each authorized through separate legislation, at different times and for different geographic areas. There is an overlapping portion of the two study areas in the western San Gabriel Mountains. Because this area was studied through the San Gabriel Watershed and Mountains study, information and final recommendations from that study have been integrated as appropriate into the Rim of the Valley Corridor study. The Secretary of the Interior transmitted the final San Gabriel Watershed and Mountains Special Resource Study to Congress in April 2013. To view the final study documents please visit: http://www.nps.gov/pwro/sangabriel/. The San Gabriel Mountain National Monument was established on October 10, 2014 and is managed by the U.S. Forest Service. For information about the monument, please visit: http://www.fs.fed.us/visit/san-gabriel-mountains-national-monument.